Aviation legend Clay Lacy has become synonymous with jet aircraft and Southern California, so it’s with some surprise that when he appears at a Wichita Aero Club luncheon, he’s introduced as a native son. Yes, Clay Lacy is so much a part of American aviation, he was even born and raised in the “Air Capital of the World.”

Known as “the flyingest pilot ever” to many, Lacy knew he wanted to fly at age 7, made gas-powered model airplanes at age 8, and convinced his grandmother to allow an airstrip on part of her 640-acre Wichita farm at age 12. His first flight was in a Beechcraft Staggerwing in 1939. He “soloed” at age 15—“misrepresenting” his age, claiming to be 17. “I never thought about it as lying, I just thought it would save me two years,” he says.

Speed and flying have been Lacy’s mantra his entire life. He has flown more than 53,000 hours in more than 300 different types of aircraft, and has 32 type ratings. At 82 he is still actively flying the jets he first brought to California in the mid-1960s, is still running the show at his Van Nuys FBO that boasts a fleet of 70 jets and 300 employees, and telling his tall tales of aviation—most all of which are amazingly true. 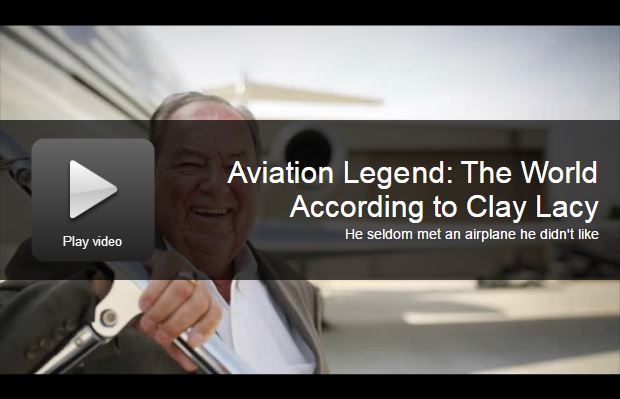